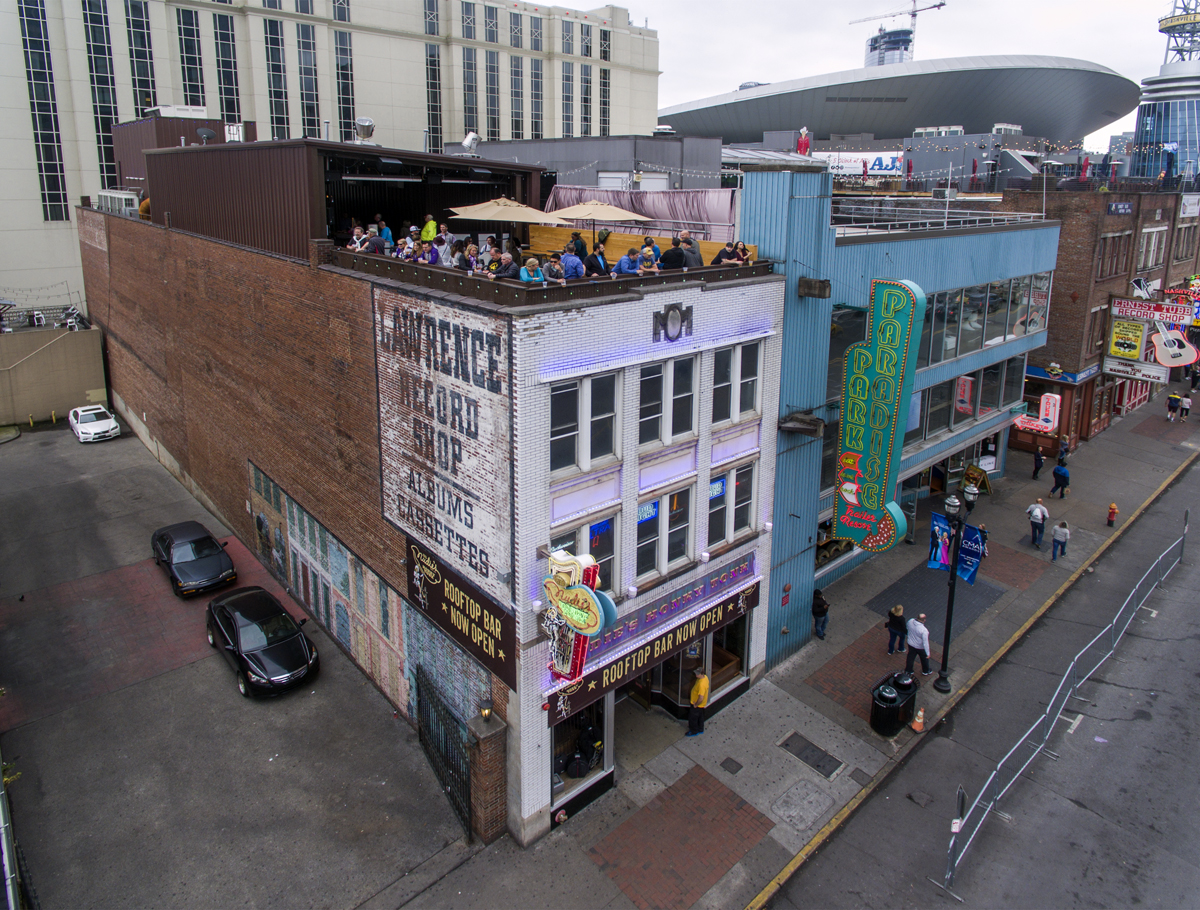 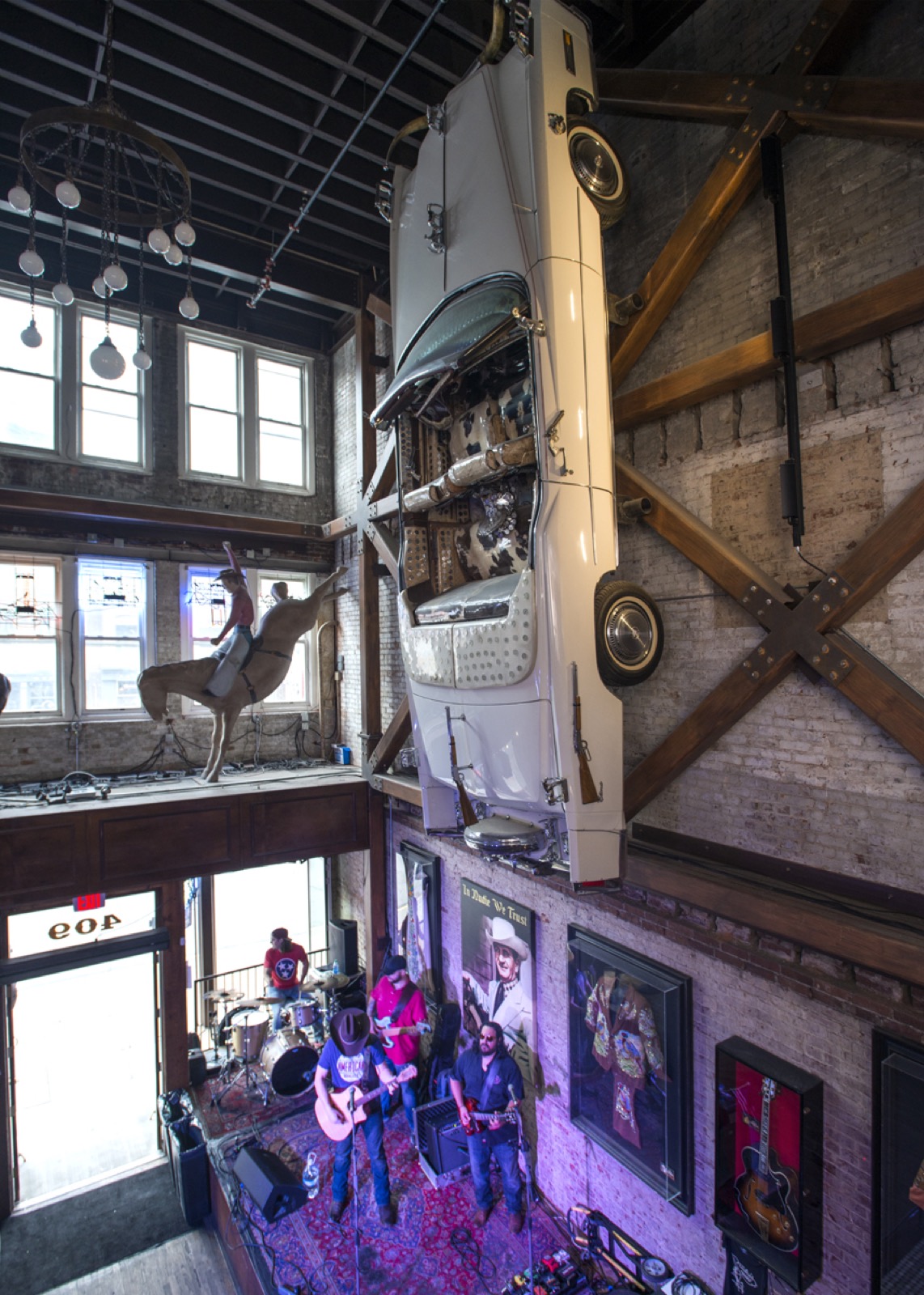 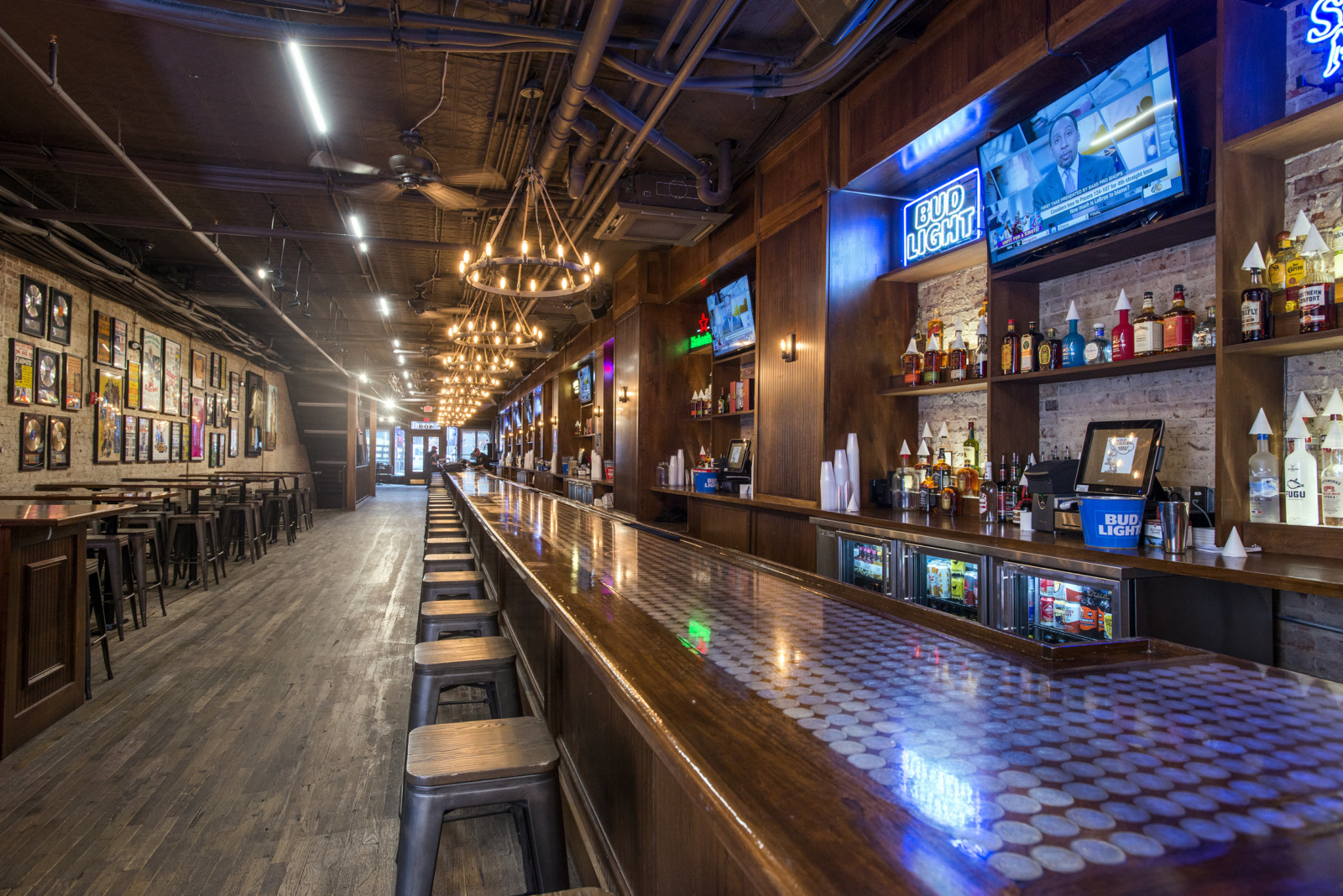 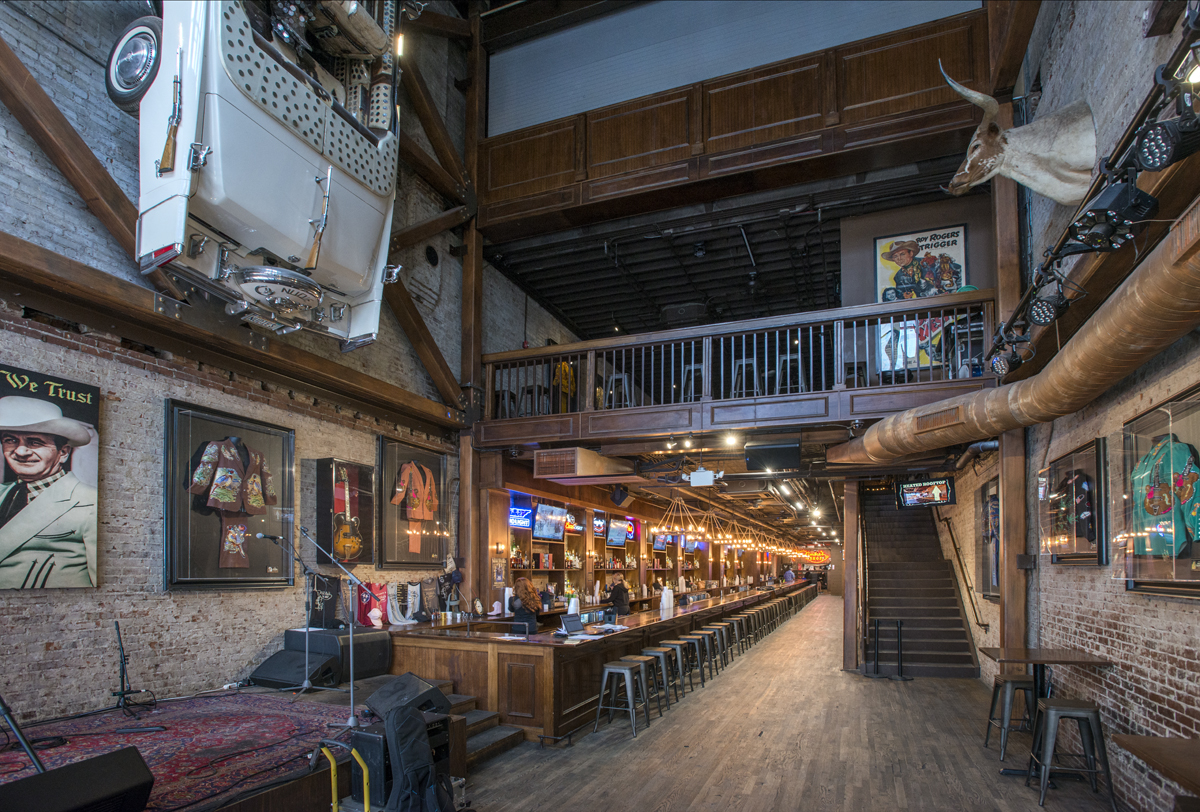 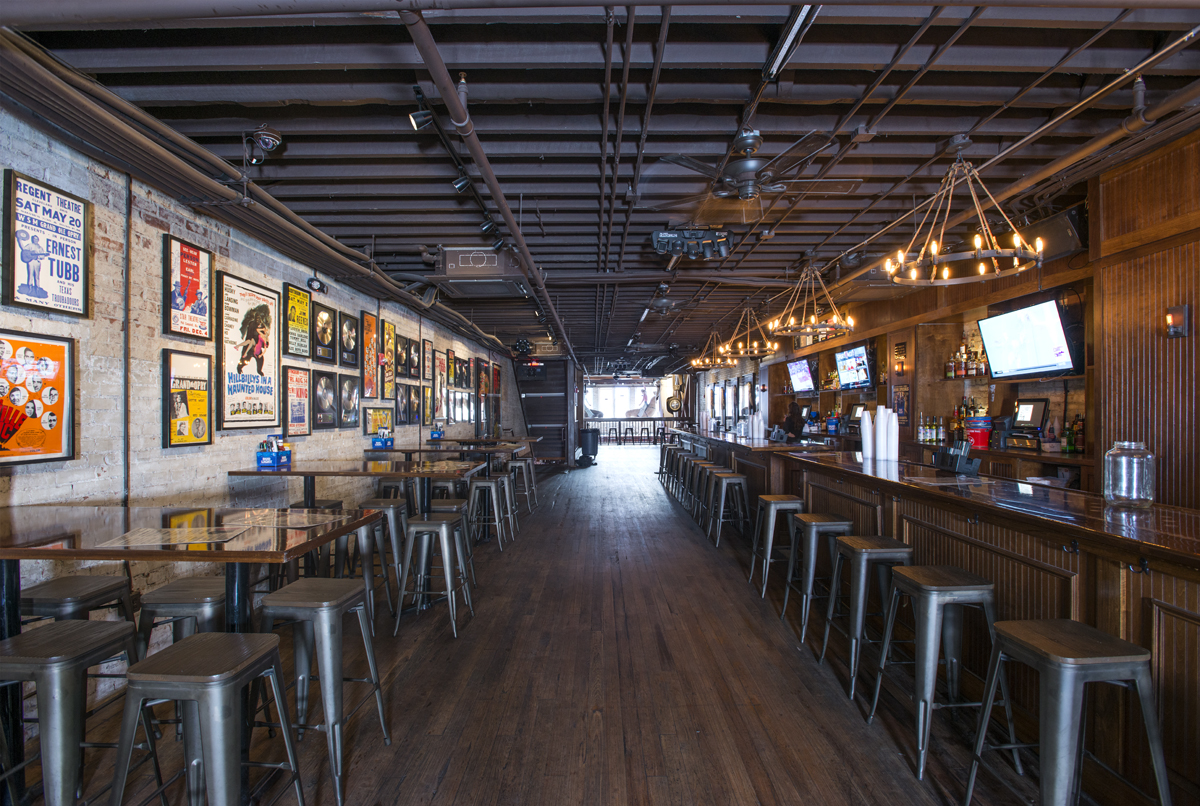 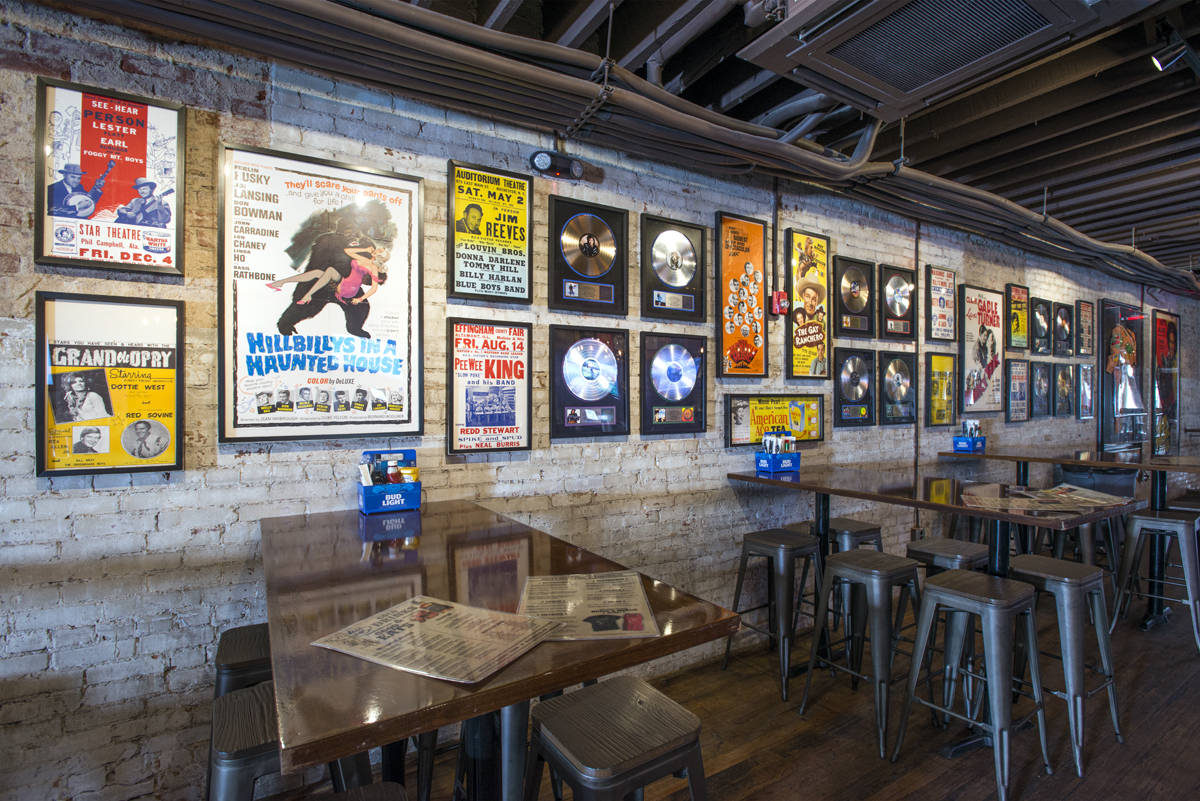 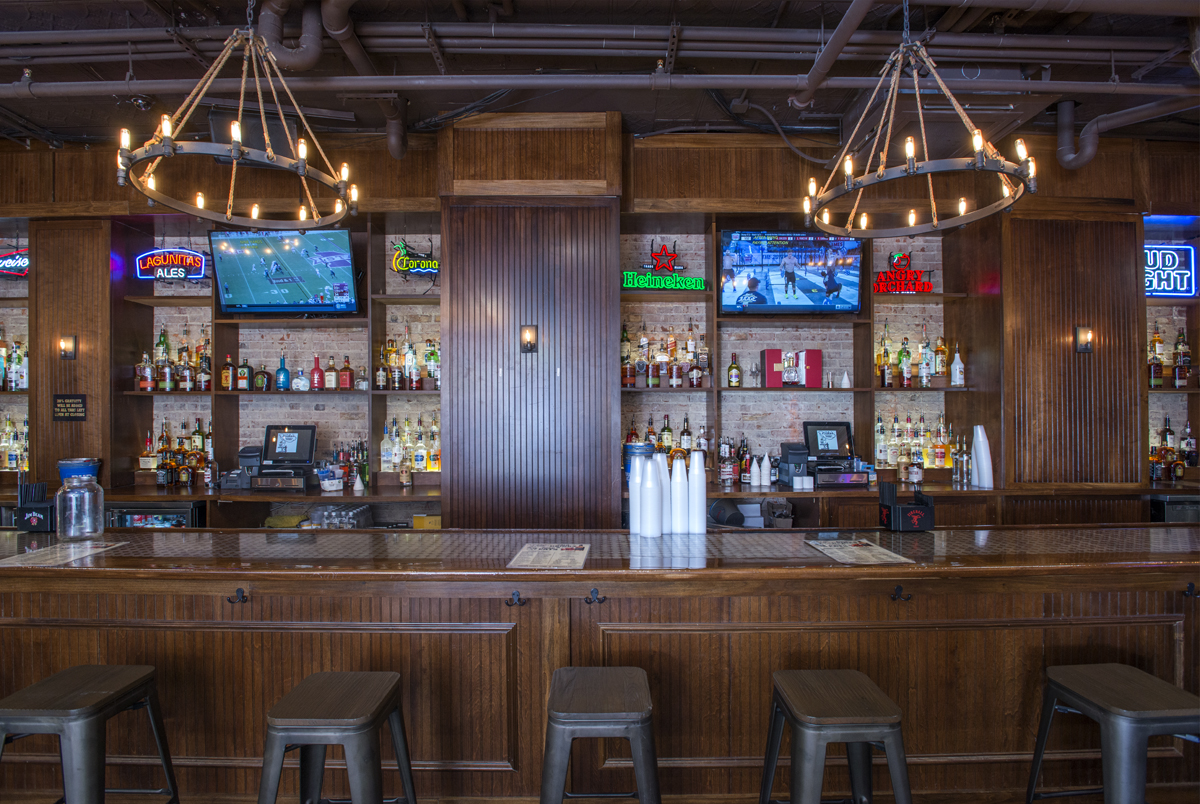 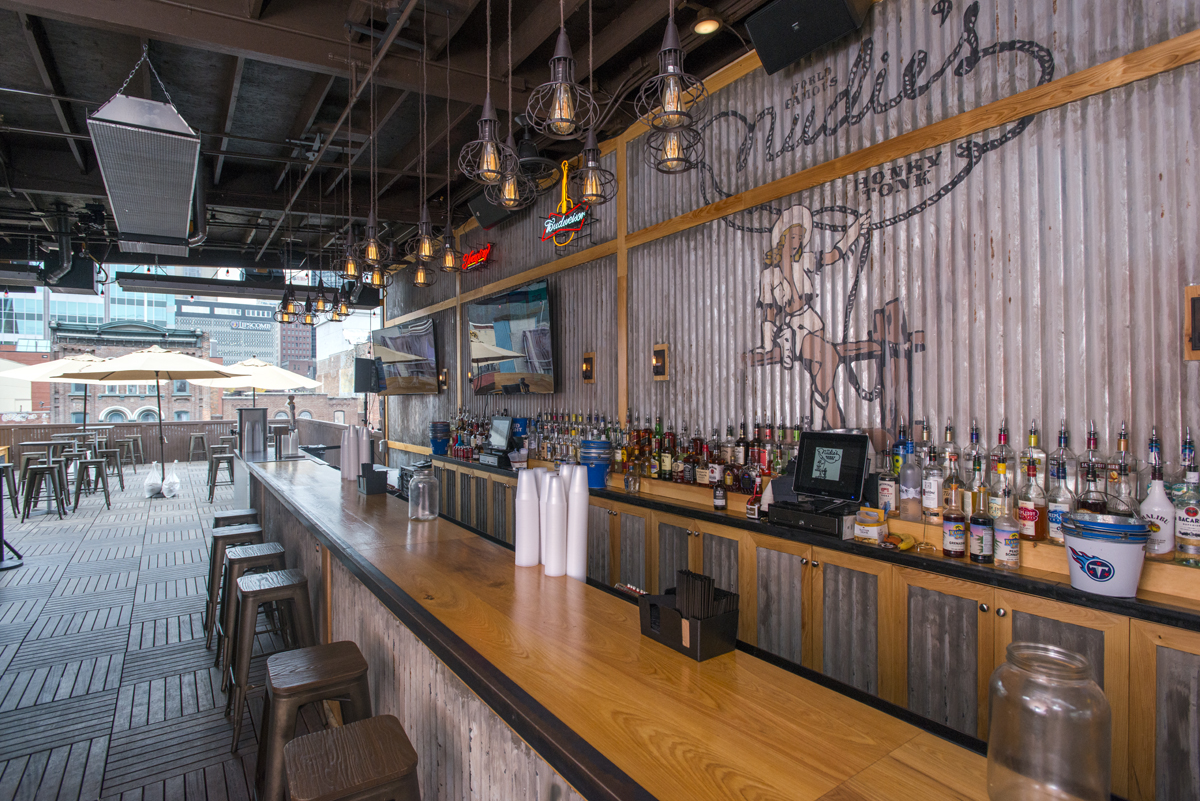 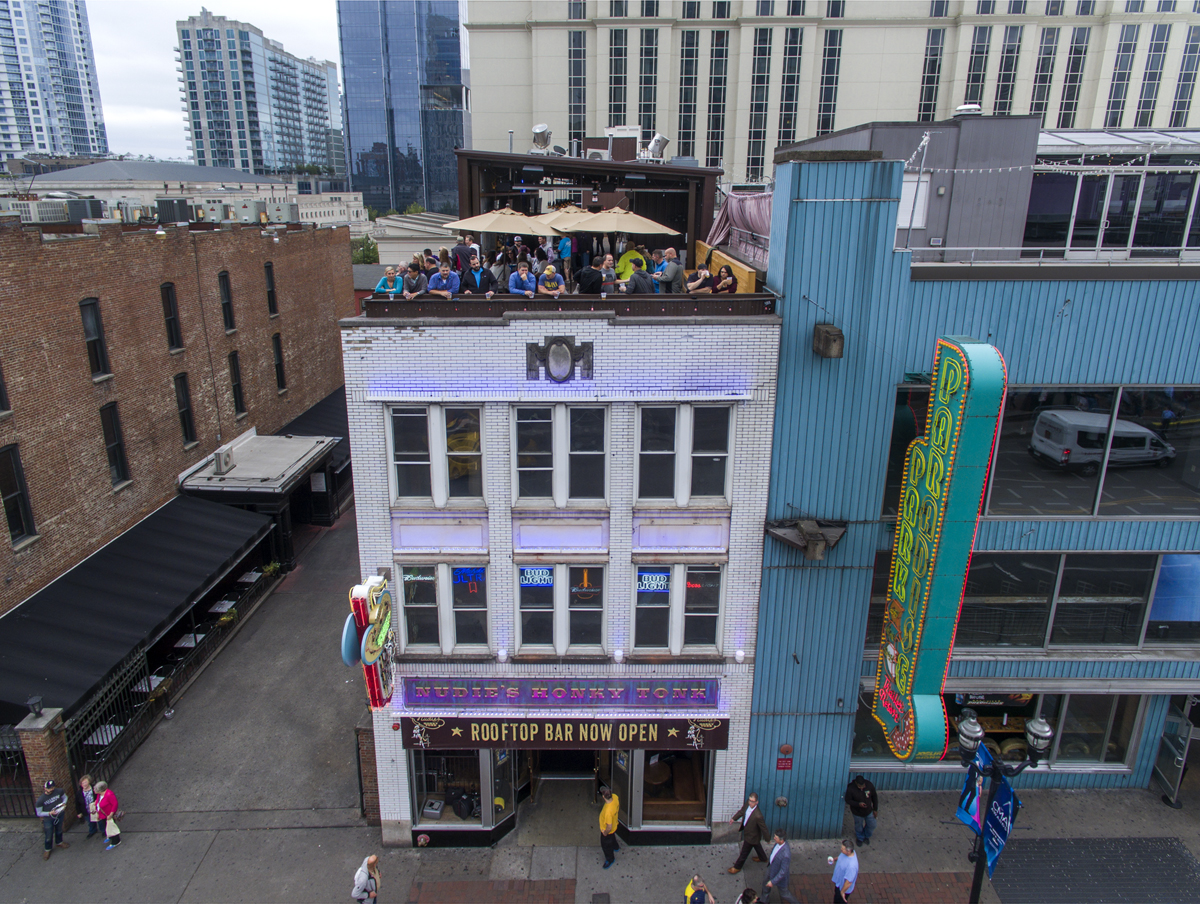 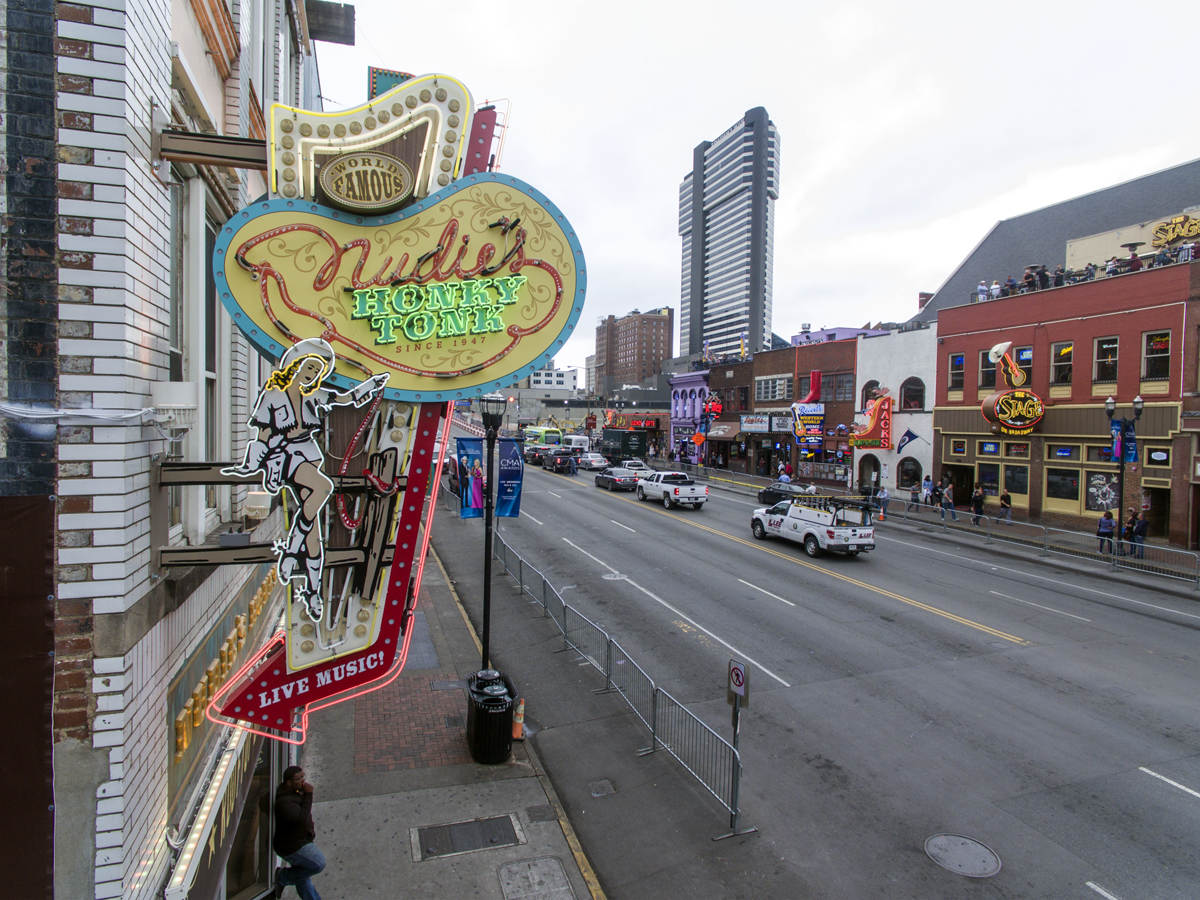 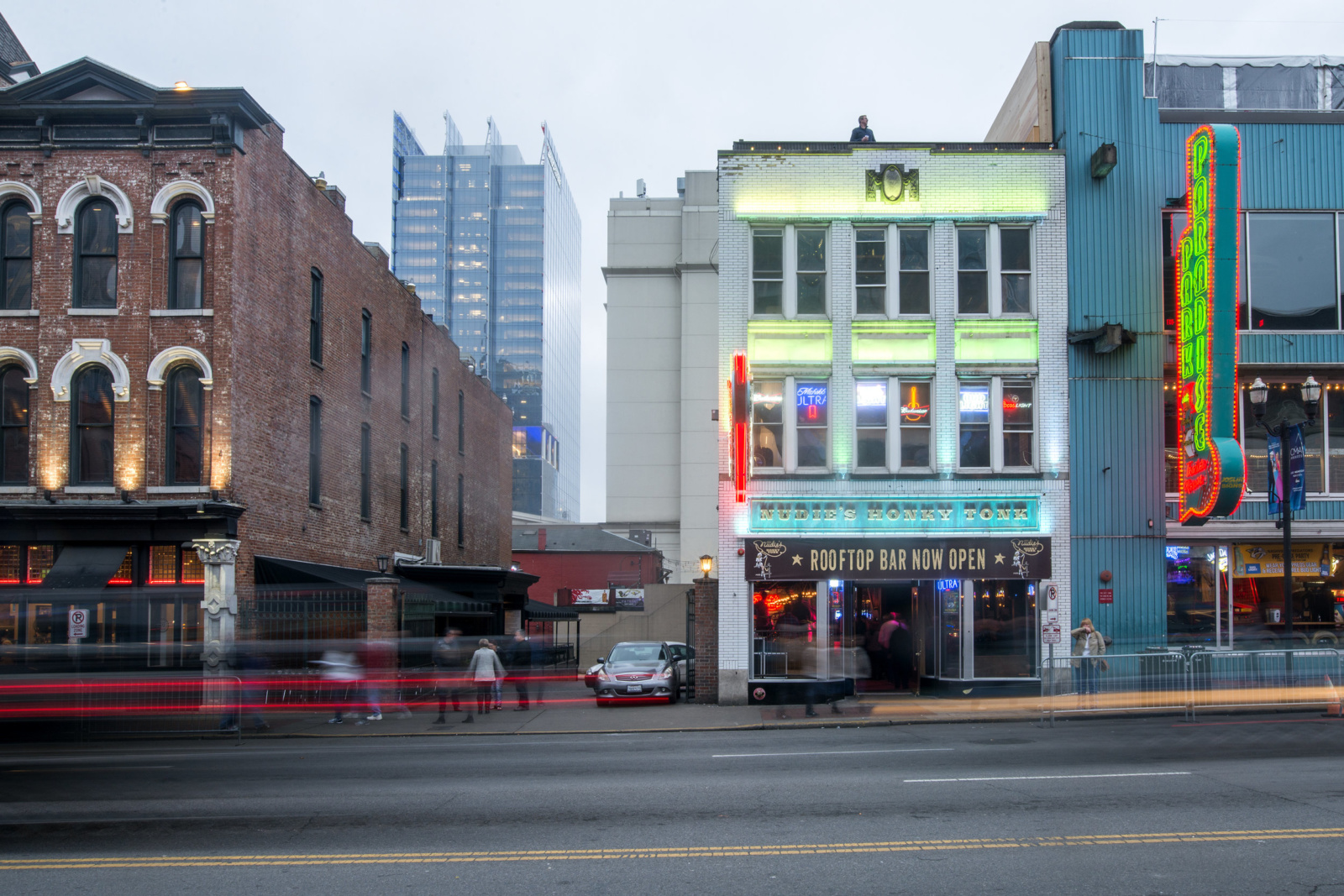 This historic building located at 409 Broadway was formerly Lawrence Record store established in 1954. The two upper floors were used solely for housing a large collection of country & western records. The collection was sold when the new owners took over and they removed over 1 million pieces of vinyl from the building.

Nudie’s is not only a destination on lower Broadway with the longest bar in Nashville, TN, it is also a museum honoring the great fashion icon Nudie Cohn. Nudie was an American tailor who designed decorative rhinestone-covered suits, known popularly as “Nudie Suits”, and other elaborate outfits for some of the most famous celebrities of country & western culture from that era.

He also became famous for his outrageous customized automobiles. One of which, his personal Nudie mobile, is now permanently suspended in the newly created atrium of the bar, just above the stage.